Tamara Reynolds has recently enjoy the country music spotlight and put her stamp on the United States Postal Service. She shot Trace Adkins, country music star and finalist on Celebrity Apprentice, for the cover article for the December 3, 2007 issue of Country Weekly. She also shot the cover plus four supporting images for Philatelic, the quarterly stamp enthusiast catalog from the USPS. The cover received rave reviews and four images from the shoot have been relicensed for the 2008 Commemorative Stamp Yearbook as well. 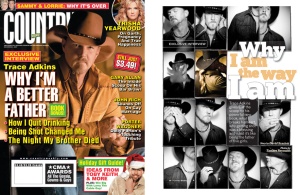